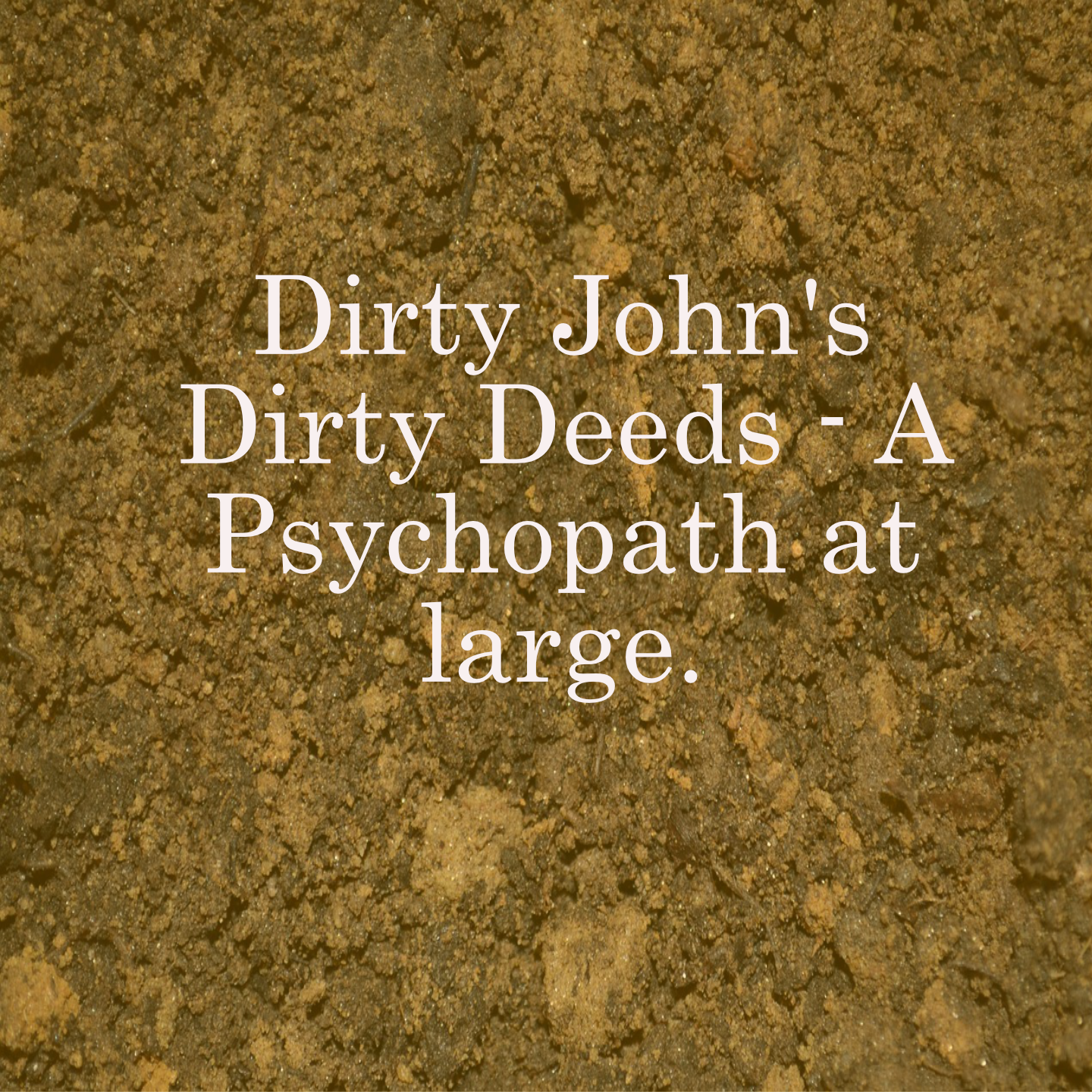 A while back, I watched the Netflix Series, Dirty John. It’s the true story of an American man named John Meehan, who love-bombed and married 59 year old Debra Newell after a whirlwind two month courtship, and which almost ended in disaster for one of her family members.

Now Debra a was beautiful, wealthy, successful, intelligent, kind and lovely woman, who everyone loved. Meehan was tall, dark and handsome, and of course, a charmer.  He was however a bit of a drab dresser – who had a habit of wearing his tatty scrubs everywhere, even to a fancy charity gala. Something about that would have told me from the start there was something seriously wrong with this guy….

It was clear to me he was wearing those scrubs like a badge of honour, a show of proof that he was important and caring… a doctor… this was part of the false-self that he wanted everyone to see and the scrubs made that easier for him by screaming ‘look at me! I’m so important’ outside of work situations.

I mean, does anyone, anywhere know a doctor or surgeon who wears scrubs out of work ALL the time? It’s just not done, and it’s anything but normal.

It’s a fascinating insight into the way a Psychopathic Narcissist’s mind works and the lengths they will go to to hold on to what they believe is theirs. Meehan grew up with a horrible narcissistic father who trained him in deceit and extortion – to the point that he had to sustain physical injuries, including a broken leg, to help his father pull off his scams. So it’s clear where everything went wrong for him, yet his sister who grew up with the same father, turned out fine. There’s no reference to the mother in the series so we can only assume she abandoned the family.

As the relationship unfolds, you see many of the classic signs of a narcissist… Meehan lies about his age, his job, his past, everything. Throw in his secret drug addiction to pharma drugs that he steals from his patients, and you’ve got all the ingredients of a ticking time bomb.

Debra’s two daughters and son don’t like him from the get go, and after a while one of them starts digging into his past by hiring a private detective.

She discovers that Meehan has a long record of extortion, stalking, and multiple restraining orders against him by women in several states. He’s also divorced and of course, paints his ex wife a crazy bitch, who refuses to let him see his kids. In effect, Meehan was a Psychopath at large, left unchecked to prey on unsuspecting women.

The story gets better as it goes along because we’re shown flashbacks of what he’s been up to and how it all comes together and you see how, for example, how he reacts to rejection when he has his own little narcissistic rage fits behind closed doors.

Despite warnings and proof from her daughter, Debra is still thinking ‘Maybe it’s not him. Maybe it’s someone else.’ However, she finds the paperwork that proves it’s him… so she moves out and goes into hiding.

However, when she visits him in the hospital where he is having surgery and confronts him, with typical narcissistic mastery, he has an explanation for everything and he wraps it all up nicely with his declarations of undying love.

And Debra gets hoovered right back in, even though she tries to keep it a secret from the family… a secret that ultimately fails and drives an even bigger wedge between her and her family.

The whole series is really well written and well acted, and you’ll realize it when you start watching and you spot red flag after red flag. You’ll see how Meehan skilfully lies, manipulates and convinces Debra he’s a genuine, reformed character, you’ll see how he lies, manipulates and threatens others, and even smears one of her daughters to the point it costs her her job… but all the while he’s being loving and affectionate to Debra. During the relationship, he never abuses her…

However, she’s about to discard him for the final time…

There’s one scene where she comes home from work and he asks her ‘Why did you withdraw 30,000 dollars cash today?’…. my heart is in my mouth at this point.

Of course, we know that he’s been checking her emails, phone messages and deleting them, but he also has access to her bank account and is tracking everything she’s doing. He’s even got a tracker on her car!

She looks at him and says ‘But it’s my money John’… and he comes out with the most classic narcissistic line of all time:

From there on things start to really get rolling, and I won’t tell you the ending because you really need to watch it for yourself. It’s only 8 episodes and what happens in the end... well, you couldn't have made it up. Astonishing.

But what struck me most about the film, aside from all the obvious, was Debra’s need for love was so desperate, she chose to overlook the evidence and even put this man before her daughters. She chose to ignore everyone who tried to warn her.

But here’s the thing… when you are desperately looking for love outside of yourself, you’re never going to find it. You need to learn to know, accept and love yourself first. You have to know that you, alone, just you, ARE enough! When you get that, when you really get it, everything transforms and you stop being desperate. You stop being needy. And you definitely stop attracting Narcissists because your own self-worth, self-love and inner-value send out a subconscious message that a Narcissist will be able to spot a mile off. Just as they know how to seek out emotionally vulnerable women to target and destroy, that same internal radar can pick up on women who think way too much of themselves to ever put up with their brand of bullshit…

So I definitely recommend you watch it if you haven't yet, and if you have, do share your comments below!