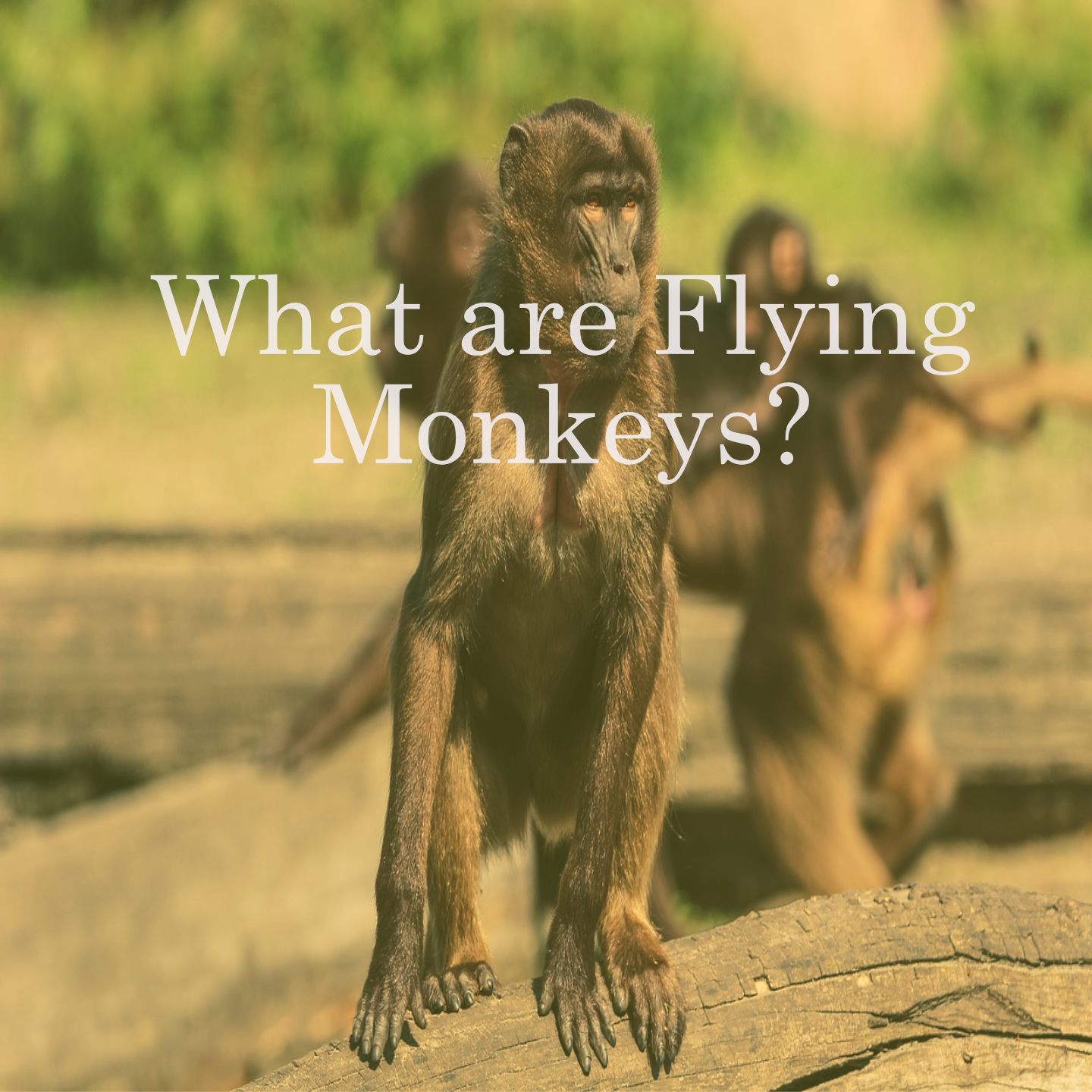 10 tips to deal with 'Flying Monkeys' In Narcissistic Abuse

Flying Monkeys is a phrase common in Narcissistic Abuse circles. It comes from those nasty characters the Wicked Witch of the West, in the movie 'The Wizard of Oz', had flying around doing her dirty work for her. They go by other names too, but basically they are the allies that a Narcissist ‘recruits’ to use against you in their smear campaigns. They are also used in 'Triangulation', another common form of abuse used by Narcissists.

It’s an expansion on their ability to abuse you – basically, abuse by proxy. Although, Narcissists are very creative in their use of Flying Monkeys and they may also use them in their hoovering campaigns. Just yesterday, one of the members of my group mentioned how her ex had sent one of his friends to persuade her to get back with him.

So basically, you can’t trust anyone who is associated with your Narcissist, because they are either going to abuse you to your face, to others behind your back, or they are going to try to persuade you to go back to the Narc.

There are however, different types of flying monkeys…

On the nasty side, If they’re particularly virulent, or even Narcissists themselves, they’ll spread lies, rumours and gossip about you. They’ll reveal secrets or personal information that they shouldn’t even be in possession of, and that they have absolutely no right to reveal, but they don’t care.

They will do that on Social Media or anywhere they can get anyone to listen. They’ll be nasty and abusive when you meet them, and try to make you feel worthless – and if you’ve discarded the Narc, you’ll be painted a complete witch.

They’re likely to be just as toxic and nasty as the Narcissist is and because they’ve bonded with your Ex-Narc for whatever reason… maybe they want the status, maybe they just enjoy being nasty for its own sake, but one this is for sure, they are toxic and you don’t want them anywhere near you.

Then there are the naïve Flying Monkeys… these are people who have fallen for the charming façade that most Narcs are so good at putting on. They genuinely think the Narc is a good, nice, decent person, so when they start spinning their web of lies about you, naïve person mops it all up and thinks you’re the crazy one, or, they fall for the ‘pretend concern’ about you that the Narc is feeding them.

So although these types won’t go all out on character assassination of you, they still belong in the enemy camp because you can’t trust them. The Narc might use them to find out what you’re up to and report back to them.

They might sneakily pump you for information because the Narc has conned them into thinking that they’re really concerned about you and need to know what you are up to, feeling etc etc… so they could approach you in a genuine way because they think the Narc needs this info… they’re completely oblivious to the reality of covert narcissistic abuse.

So why do Narcissists do this? They want to continue hurting, destroying and discrediting you because that gives them Fuel. Narcissistic Supply is valuable to a Narc in any shape or form they can get it. So if you get into a rage and tell the Flying Monkey to go take a Flying F***….. that’s going to get back to the Narc and they're going to love it. They're going to get a hit of Narcissistic Supply from that. So don't do it. Don't give them that extra hit of 'Fuel'.

How do you deal with Flying Monkeys? Here are 10 Simple Tips that really work.

Narcissists and their Flying Monkeys can only have power if you give it to them. Take yourself out of the equation as much as possible, and you deprive them of fuel. When they stop getting it, they’ll back off and look elsewhere.