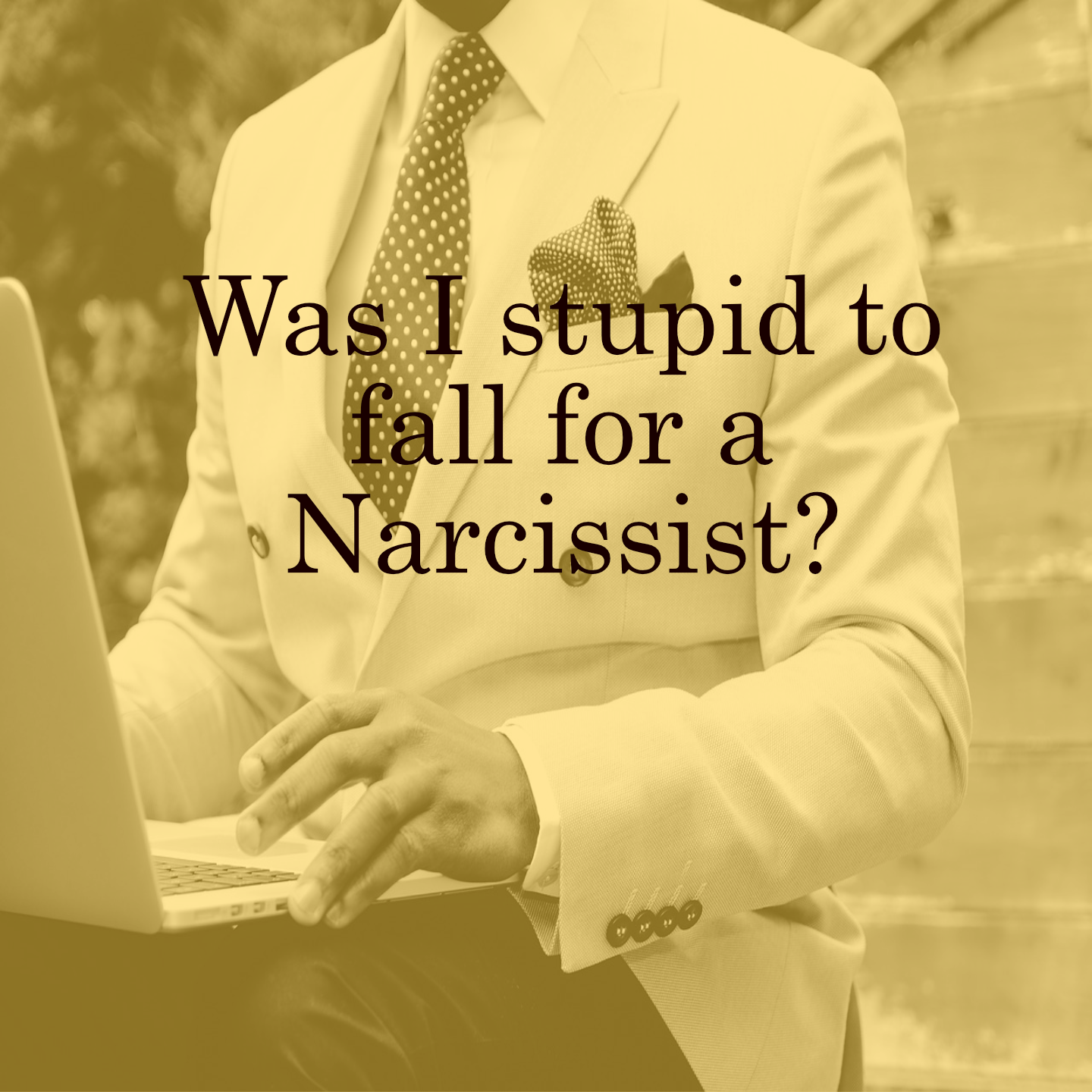 Was I stupid to fall for a Narcissist? 3 Reasons why NOT!

So many people ask themselves this question, and beat themselves up relentlessly for ‘being so stupid’. On top of that they feel guilt, shame, hurt, grief, anxiety, and complete confusion when they feel compelled to go back to their abuse. Narcissists are complicated, cunning people and it was absolutely not your fault. You need to stop blaming yourself, learn the truth, and start healing. And here’s 3 reasons why…

Narcissists are usually quite brilliant at manipulating people. They can be utterly charming and when they unleash their charm offensive on you during the love-bombing stage, they will very quickly start ‘mirroring’ your behavior, movement, and language patterns. They’ll seem to love everything you love, like everything you like, and dislike everything you dislike.

This enables them to very quickly build a powerful rapport between the two of you. You feel like you’ve never met anyone who ‘gets’ you like this, who is SO on the same wavelength as you.

One that you mistakenly feel is genuine bonding.

But it’s not, because Narcissists have no real sense of self. Everything about them is fake. Unfortunately, by the time you realize it, you’ve become a victim of horrendous, sustained Narcissistic Abuse.

2. They are excellent at reading people… and spying

Narcissists are able to pick up subtle cues that you’re not even aware of. Because they have no sense of their own self, no empathy, no compassion, the learn how this looks by observing other people, so they are like actors who can step into any role. They also ‘spy stalk’ potential targets, on Social Media or by any other means they can, to get to know as much about you as they can. This they’ll do secretly before connecting with you, and they play it out with Oscar-Winning performances. You’ll never suspect a thing… how could you? This sort of behavior just isn’t normal. But it’s perfectly ‘Narcissist’ normal. It’s what they do and when they get you in their sights, you are going to lose, unless you’re very well informed about the truth of what a Narcissist really is.

Falling for a Narcissist has nothing whatsoever to do with your intelligence. In fact, the smarter you are, the more likely you are to attract a Narcissist as they target clever people. It’s a bigger challenge for them. I’ve known some seriously smart women, and men, at the top of their game, who’ve fallen into the trap, simply because they just didn’t know the profile of a Narcissist, and also because quite often, they grew up with a Narcissistic parent. What happens then is that they have learned to accept unacceptable behaviour and deep down, they don’t love or value themselves because they grew up being told they were worthless. This is however NOT always the case. I've worked with people who had wonderful parents, no abuse, and still, they've attracted a Narcissistic partner. The reasons why can be complicated and requires working with a skilled therapist to help figure it out. But there is always a reason, there is always an answer, and there is always a pathway to healing.

The abusive cycle is one that needs to be broken, and it can be broken by adopting compassion, love and forgiveness for yourself. Remember that Narcissists are supreme con-merchants. They can convince therapists, lawyers and judges – very intelligent people – that they are the ‘good guy (or ‘gal’) and you’re the one with the problems. But trust me, you're not. You have to be the first one to really see through their smokescreens, and make a decision for your mental, psychological and emotional health.

But in the meantime, know that NO, absolutely NO, you were not stupid to fall for a Narcissist. It happens to brilliant, amazing women and men all the time. Once you know the ‘form’, and what to look out for, you can protect yourself and steer clear of them. For good.

If a Narcissist is ruining your life, you might want to join my closed Facebook Group, Infinite Self-Worth after Narcissistic Abuse, specifically for women who have been dealing with Narcissists:

https://www.facebook.com/groups/infiniteselfworthafternarcissisticabuse/
Guys: I know there are plenty of you suffering too. I'll be starting a new group for Men very soon.