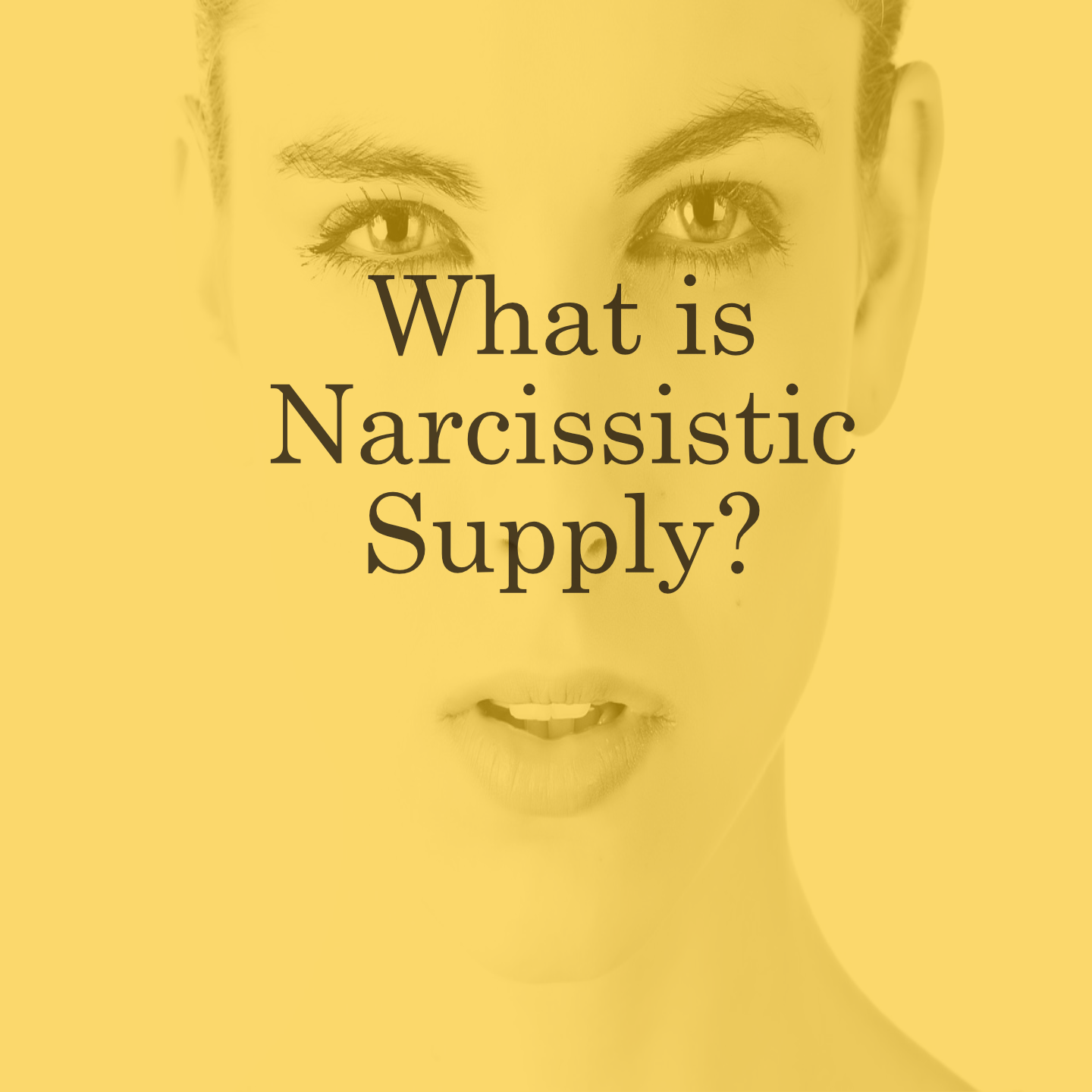 What is Narcissistic supply and how are you providing it?

I want to clarity what narcissistic supply, or fuel, is, so you’ll understand how you are providing it, and what you can do to stop. Of course, how this plays out depends on the type of relationship you’re in. The dynamic between a narcissistic mother and a daughter is going to be different from that of a romantic pairing – which is what I’ll talk about here, but they all need that same thing… Fuel. The term Narcissistic Supply was introduced by Otto Fenichel, way back in 1938 and described a type of admiration, interpersonal support or sustenance that an individual needed from their environment and that it was essential to their self-esteem.

In a nutshell, Narcissistic Supply is attention. Attention of any kind is what the Narc craves. It can, and usually is, powerfully positive attention from you in the early stages of a romantic relationship – think ‘love bombing’, - the Narc is driving that, and you’re responding in kind, because you've been bowled over and you're 'head over heels in love' at this point - but it always, always, turns negative.

In the beginning, the typical trajectory is that you fall heavily for the Narc, and feed them with your words and gestures of love and adoration, you praise them, admire them, tell them how wonderful they are, and they soak it all up because you’re feeding their false-self-ego. The Narc has no real sense of self; they rely on their supplier to define them.

What adds to the complexity of the relationship is that the Narc has an idealized version of who you are from the get-go. This idealized version has nothing whatsoever to do with who you really are. According to Elinor Greenberg, Ph.D, -

“… many (narcissists) are perfectly sincere when they tell you how perfect you are. Unfortunately, they are not actually seeing you at all, only the role in their ‘Love Script’ that they have projected onto you. You have value in their eyes because they believe that they are finally going to get everything they want in a mate. It is all about them, not you.”

You, on the other hand, are in the heady throws of passion and love, and you believe the narc feels that same way – of course you do, they've carefully planned every move and every word to convince you because they're still playing their fantasy love/idealization game.

You have no idea that this is going on… how could you? So, you’re blissfully unaware and thinking you’ve found the man/woman of your dreams, so you do what any person in love would do. You pour out your heart, your emotions, your love… And all of it, as long as it’s positive, feeds the Narc. They lap it up.

So what can you do about it? The truth is, unless you’re already aware of the cycle of narcissistic abuse, you’ll walk right into this relationship and nothing can stop it from happening. For most victims of Narcissistic Abuse, they didn’t know anything was wrong until it was too late and they were totally enmeshed in the relationship.

For the person who has grown up with a Narcissist, it’s even more complex because subconsciously, they attract Narcissists. Of course they don’t deliberately choose to be hurt… nobody does, but deep down, they do, because they don’t believe in themselves. They're learned from dysfunctional behaviour and that is their normal, in a large number of cases. They have been conditioned to think they are not worthy, they have no value, they have no right to their own lives and opinions… so when someone shows up and showers them with love, they soak it up too… yet deep down, they know something is wrong. So many people have said this to me… Little things were off and they couldn’t quite put their finger on it, but the feelings of unease were there. Ignore them at your peril… and of course, way too many people do ignore the 'red flags' and end up paying the exorbitantly high price.

But we’re human beings and our emotions are complex. Even ‘straightforward’ relationships can be extremely complicated. Times that by a thousand when a narc is involved. My advice here is to forgive yourself for what you couldn’t have known.

However if you’ve been exposed to a narcissistic relationship, you CAN protect yourself from letting it happen again -  as I always say, knowledge is power. Know the red flags, know what to look out for, and you won’t fall for the same BS twice.

It can take weeks or months before the Narc starts to show their true colours, and the devaluing stage begins. This happens for any number of reasons but again, according to Elinor Greenberg, one of the key reasons is that the reality of who you are doesn’t fit into the narc’s love script, his (or her) romantic fantasy.

This makes total sense when you understand this ‘idealised version’ they has of you in their head. They'll start suggesting subtle changes in how you look, behave, and so on. At first you might feel flattered that they just want you look or feel even more amazing, but this soon starts wearing very thin, and the veneer starts to crack. Because let’s face it, no one wants to be told how to dress, or walk, or behave… you might comply the first few times, but then you’ll refuse… and that’s when the nasty starts.

When you don’t comply, you shatter the illusion the Narc has been holding. So now they are hurt, scared, and they've got to defend themselves. They do that by devaluing you. Remember, emotionally a Narcissist is like a spoilt 5 year old child, throwing a tantrum when it doesn’t get what it wants.

He’s adept at quickly turning this situation around, blame shifting and belittling you – in his mind, you ARE at fault. You’ve burst his bubble and you’re going to pay for it. From here on out, all bets are off and he’s going to make it his personal mission to make you suffer.

This is when your self-worth starts coming apart, as you grapple to come to terms with what the hell is going on. But all the while, every reaction from you is a source of fuel to your Narc. If you try to argue, they’ll run rings round you with literally, circular arguments that defy reason or logic, and they'll feel superior because they always win.

They'll blame-shift, insult you, bring up past things you’ve shared – but do so in a hurtful, abusive way. If you cry, scream, get angry, try to reason, whatever – it’s all fuel to them. They doesn’t feel any concern for hurting, confusing or upsetting you. They really don't. In their mind, everything they do and say is justified, and you deserve it. This can go on for months, or years, and they'll never tire of it. You, on the other side, are emotionally ravaged and it’s a hellish place to be.

So what can you do about it? What’s your answer to that question?

The only answer is to get out. I know I say this a lot, but that’s because it IS the only answer. You can’t live in any kind of harmony with a narcissist. At some point, you HAVE to get out. Sooner rather than later if you possibly can. Formulate an exit strategy and get the hell out of there.

That said, I know a lot of extremely brave women who have spent years – and I mean, a lot of years – over 30 in one case I know – married to a Narcissist because they simply couldn’t get out of the marriage. It’s a testament to their strength and courage that they survived and eventually DID get out. So bravo to you if you are one such woman!