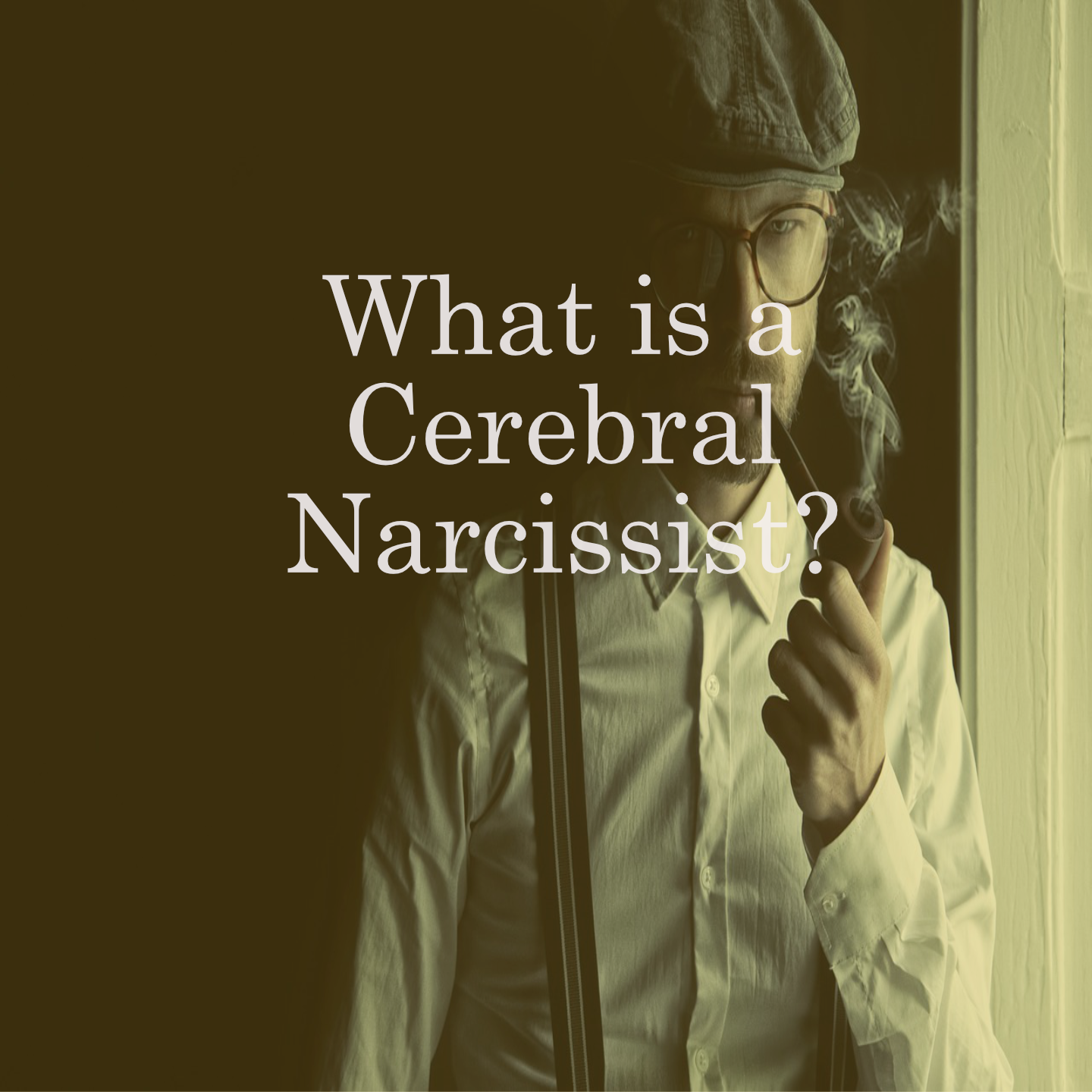 What is a 'Cerebral' Narcissist? 4 Red Flags!

Cerebral Narcissists are all about their own intelligence, and they often do have above average intelligence. They try to bedazzle everyone with their extensive knowledge of everything, and they’ll always take the long, complicated highway to explain everything so they can display their extensive knowledge of everything. They believe that they are God's gift to the world and nobody surpasses them intellectually. Even if everyone within earshot is bored already, they won’t notice, because they’re always too wrapped up in their own dazzling brilliance to notice – or care if they did.

Cerebral Narcissists use their language skills to impress… or to chew you up and spit you out. They can run rings around most people and you’ll very soon get lost in the maze of their wordplay - often referred to as 'Word Salad'. The way they do this is fascinating to behold. Trying to figure out how they get from A to Z in sentence is like trying to find you way out of dark maze, blindfolded, and with 15 loudspeakers giving you different directions. You've got no chance of finding your way out of that maze.

They also exhibit disdain for people they consider ‘beneath’ them in intellectual stature, and they believe they should only associate with exceptional people – even though they don’t really believe anyone is equal to them. Their victims will usually be highly intelligent – proving that yes, highly intelligent people can just as easily be hoodwinked and sucked in by a Narcissist as anyone. They are skilful manipulators. Watch how they behave around people such as waiters or shop staff. Usually you'll find if they are not outright rude, they'll be disdainful and don't want to give the time of day to such 'minions'. Their arrogance is often quite palpable, and can leave you feeling very uncomfortable when they are rude or 'show-offy' to people who simply do not deserve this kind of treatment.

But, they may also pretend to be highly intelligent, when in fact, they are not. They just have grandiose ideas about their own brilliance. It's an ego-driven facade that they keep up, even to themselves.

No Sex, thank you

When it comes to sex, they're totally the opposite of the Somatic Narcissist, who uses sex as a weapon of seduction and destruction. The Cerebral Narcissist puts sex very low down on their list of priorities, or avoids it altogether. They don't care so much for appearances and personal hygiene and often that's to make themselves less sexually appealing to their partners. Nice!

However, a Narcissist can be BOTH Cerebral and Somatic. Beauty and brains in one horrible, toxic package that is going to wreak havoc in your life.

Behind closed doors, they soon show their true colours and will make your life a complete misery, no matter which 'flavour' they are. As all Narcissists do. It’s the  only way they know how to live.

So watch out for the signs. They might just appear overly-confident at first, but keep watching closely, and keep making mental notes about their behaviour. Don’t rush into a relationship with them. If you do, you’ll only live to regret it. Big time.

If you'd like more help and support with recovering from Narcissistic Abuse, check out my contact page.