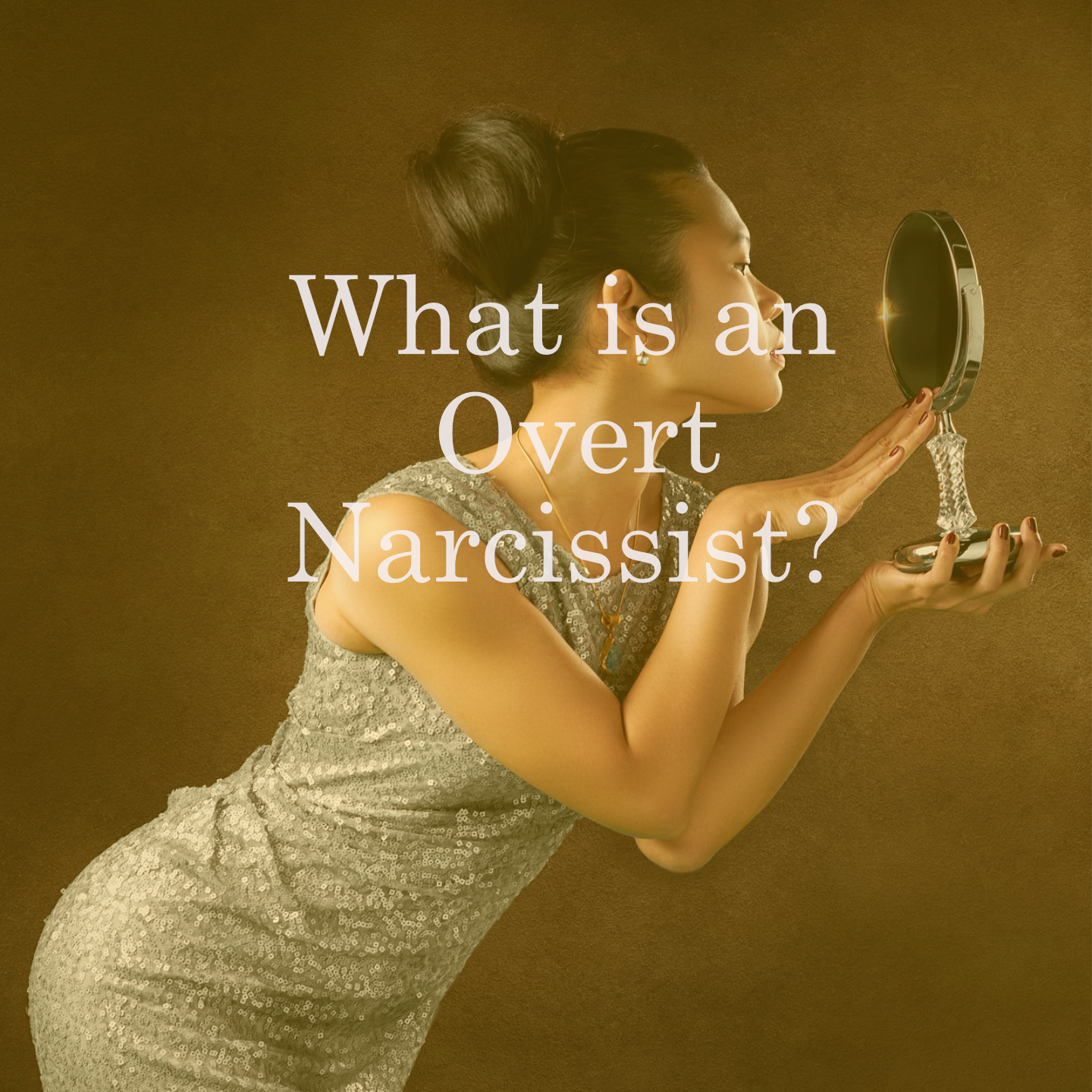 What is an 'Overt' Narcissist? Easy to Spot!

Overt Narcissists are usually quite easy to spot. If you know someone who is ‘big-headed’, vain, always bragging about how brilliant, funny, smart and clever they are, chances are good that they are Narcissists. They frequently exaggerate their achievements, lie about stuff all the time, think they are so much better than everyone else, that they’re unique and special, and watch out, because they will think nothing of claiming the credit for work they haven’t done. Work you've done, or someone else has done.

They can often, unfortunately, be found in work situations, even as bosses or in positions of some authority, which makes them even more difficult to deal with because their inflated opinions of themselves just rise higher with the position. They frequently berate or belittle their subordinates, and frankly, their behaviour is disgraceful and they should be sacked. They often work their way up the corporate ladder and it beggars belief that those in authority over them can't see what is going on. I've seen it myself many times and it always frustrated me.

I’ve known and worked with many people who’s work colleagues or bosses made their days at work a waking nightmare. My sister was once targeted by two Narcissists at work, and they caused her so much stress that she came out in a horrible rash all over her face and body. They will frequently cause people to quit their jobs, or take a lot of sick leave, or worse, they’ll get them fired. My sister finally took action to get them dealt with.

Overt Narcissists don’t respect other people’s rules or boundaries so trying to set them is usually futile. If you’re working with an overt, make notes on everything they do, and if you can sneakily record them when they are being abusive to you, do it. Then take it to HR. If HR don’t do anything to fix the situation, and the abuse continues, find another job. I'll add another blog post soon going into more details about how to deal with such people at work. You're not powerless, and you do not have to keep putting up with this despicable behaviour.

If you find yourself running into another Narc in your next job, do like one of my client’s did… she reached out and began therapy, which helped her to completely eradicate the crippling panic attacks she’d been suffering with for two years - panic attacks so bad that she ended up in hospital several times. She gained invaluable insight and healing from her childhood trauma, and is now able to face the world with confidence and infinite self-worth. See her testimonial here.

Once you truly know your own worth and value as a human being, you simply WILL NOT put up with this kind of BS… from ANYONE. Take action, and get help. You’ll thank yourself for it.

If you need more help and support to heal from Narcissistic Abuse, see my Contact page.